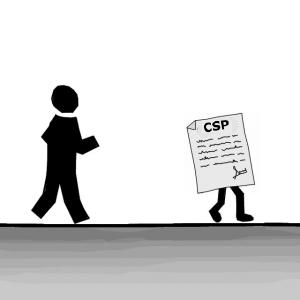 The process of preparing the City Sanitation Plan (CSP) allows bringing together the key stakeholders into a City Sanitation Task Force and identifying, through a deep evaluation, the key issues of the water and sanitation service provision of a city. With the drafting of the Status Report and the definition of the recommendations and action plans the Urban Local Body counts with a road map to achieve the goal of the NUSP: to transform their city into community driven, totally sanitised, healthy and liveable. However, the work does not end there. A tremendous effort and engagement of different actors is needed, ensuring the needed ownership and synergies to make the CSP a living document that guides the transformation of the city.

To come up with a City Sanitation Plan (CSP) (see City Sanitation Plan according to the NUSP or CSP in general) involves an incredible amount of efforts and collaboration among different experts and authorities, who for months identify the issues in water and sanitation and define action plans for the improvement of the situation in the city. Usually, expert consultants are the facilitators of the process, bringing their knowledge and experience when defining the recommendations and action plans (see also preparation of status report and preparation of action plans). However, the CSP should only support the city officials towards making decisions, without prescribing the exact measures to be carried out. The CSP is therefore a reference document with the key issues, their rationales and action plans that should serve as a roadmap for transformation. The City Sanitation Plans are to be considered in two different levels: In an upper level the CSP should be used for the State Sanitation Strategy and in a lower level it should guide the interventions in the field.

According to the National Urban Sanitation Policy (NUSP), all the states in India are requested to develop their respective State Sanitation Strategy for a period of 30 years. This has to be done with the active participation of the Urban Local Bodies (ULBs) and other agencies with ample experience about the water and sanitation situation in the state. The experience gathered during the preparation of the City Sanitation Plans is of key importance to nurture the strategy at state level. In this sense, the status reports and CSP already approved by the Municipal Corporations should be sent to the respective state departments responsible for developing the State Sanitation Strategies. By using the key findings of the different CSPs across a state, such as the status report and the recommendations, it is possible to visualise the situation as a whole and define a strategy that will improve the situation at the state level.

CSP Guiding the Planning and Implementation of Interventions

It is expected that a CSP will describe the short, medium and long term measures for the betterment of water supply (see also the chapters water sources, water purification, water distribution), wastewater management (see also sustainable sanitation, and the chapters wastewater collection, wastewater treatment, reuse and recharge), access to toilets (see also sanitation systems), stormwater management and solid waste management in a city, in terms of technical, financial, institutional, awareness and capacity building initiatives (see also financing, invalid link, awareness raising and invalid link in wastewater treatment). It is suggested to also include “immediate measures” that should be addressed by the respective implementation agency (i.e. the Municipal Corporation) to tackle the crucial issues. These immediate measures can be used as “kick-off” point to ignite the implementation phase of the CSP. Based on the key issues (see preparation of status report), recommendations and action plans described, and considering the resources available, the implementation agency should start taking action by initiating interventions in the field. Actions to be taken do not refer exclusively to the construction of assets, and a balance has to be found to build up the human and institutional capacities while investing in infrastructure (see also the chapter creating an enabling environment in wastewater collection). Interventions can be manifold, of different scopes and dimensions, and of different types. Following the five strategic dimensions to achieve sustainable city-wide sanitation, some examples of interventions are described below:

City Sanitation Plans findings are reflected at two levels: at the state level and on the ground through interventions. Source: L. BARRETO DILLON (2012), adapted from DUBE (2012)

Evolution of a City Sanitation Plan into a Living Document

The process that follows the approval of a CSP according to the NSUP will differ from city to city, and there is not a specific recipe on how to institutionalise the implementation. In order to ensure the continuation and follow up of the CSP, a few key aspects have been identified:

The City Sanitation Plan (CSP) has to be understood as a key instrument for step-wise asset creation and performance improvement, helping today’s and tomorrow’s ULB officials to make informed decisions. As the time frame of the CSP reaches 30 years, no “written-in-stone” measures should be prescribed. On the contrary, the CSP is the first step to the achievement of the sanitation vision of the city (see NUSP overview). As interventions are planed and taken, the City Sanitation Plan undergoes through a revision process, reflecting the changes, new priorities and needs of the city dwellers.

The cases of Raipur and Kochi narrate briefly the first actions taken to implement the CSP.