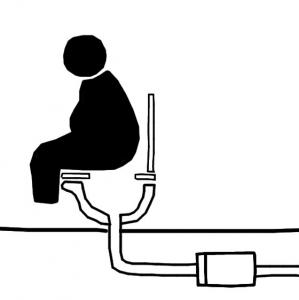 المزايا
Large water savings
No deposits in the toilet, reduced use of detergents
Very hygienic
Flexible and convenient
No deposits in the pipes
Odour-free
Facilitates reuse of urine and faeces
Applicable in many different constructions
العيوب
Relatively high investment cost
Depended on electric power supply
Coarse materials can lead to blockage of collection system
House service connection and vacuum station have to be maintained
Need for a vacuum station (house-or community based)
Requires space for connection
Bulky material (i.e. sanitary napkins) can lead to clogging