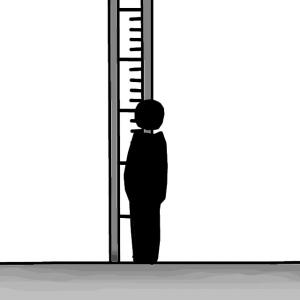 The Ministry of Urban Development (MoUD) introduced in November 2009 a new benchmarking tool and award scheme, aiming to address poor sanitation conditions in India’s urban areas. The scheme supports implementation of the National Urban Sanitation Policy (NUSP), which seeks to mobilise governments and civil society to transform urban India into community-driven Nirmal Shahars, or totally sanitised, healthy, and liveable cities and towns. The MoUD together with partners carried out a study to rank 423 cities on a set of indicators for sanitation and healthy living (MOUD 2010, Rank of Cities). These cities were divided into five zones, representing 72 per cent of India’s urban population. The rankings are based on 19 sanitation parameters such as access to community toilets, safe management of human excreta, and solid waste collection and treatment. Four colour codes have been assigned to the cities based on the points they obtained in the rating: red means the cities need 'immediate remedial action', black means 'need considerable improvement', blue means ‘recovering’, green means ‘healthy and clean’. A 'healthy and green city' would have required a score between 91 and 100.

India made considerable progress after the launch of the National Urban Sanitation Policy (NUSP) in 2008. Further to this action, State Sanitation Strategies were made in 8 states and more than 120 City Sanitation Plans (see City Sanitation Plans according to the NUSP) are prepared with funding assistance from Ministry of Urban Development and external agencies like GIZ, JICA, UN Habitat, USAID and WSP.

In order to recognise excellent performance in promoting urban sanitation, the Government of India has instituted a rating of cities on urban sanitation indicators based on which best performers will be awarded the 'Nirmal Shahar Puraskar' (exemplary city award) at a national ceremony. The ratings aim to improve public health and environmental standards as to the outcomes that cities must seek to ensure for their citizens. In doing so, governments need to plan and implement holistic city-wide sanitation plans. The rating will not recognise mere inputs, hardware or expenditure incurred in urban sanitation, but will assess how these have lead to achievements of intermediate milestones (MOUD 2008).

The goal of Nirmal Shahar Puraskar is to encourage cities to strive for 100 per cent access to sanitation facilities to all cities (see also sanitation systems) and 100 per cent safe disposal of all city generated waste (see also the chapters wastewater collection, wastewater treatment, reuse and recharge, and solid waste management). The rating and award is based on the premise that improved public health and environmental standards are two outcomes that cities must ensure for urban citizens. In doing so, the state governments and urban areas must adopt a holistic, citywide approach while incorporating processes that help reach outputs pertaining to goals of the National Urban Sanitation Policy (NUSP) (see also sustainable sanitation).

The NUSP is operationalised on the basis of technical and financial assistance provided to States from the Government of India (GoI) in developing and implementing State Level Sanitation Strategies and introducing a prestigious National level Reward Scheme for Cities (Nirmal Shahar Puraskar) achieving measurable milestones in becoming sanitised, liveable Nirmal Shahars.

A totally sanitised city will be one that has achieved the outputs or milestones specified in the National Urban Sanitation Policy, the salient features of which areas follows (MOUD 2010):

Methodology and Process for Rating of Cities, 2010

The first round of the rating of cities was conducted between December 2009 and April 2010 under the guidance of the National Advisory Group on Urban Sanitation (NAGUS) and in consultations with the state governments and urban local bodies (ULBs). All 436 Class I cities have been rated and this will be scaled-up to cover the remaining urban centres in the subsequent rounds. The 436 cities include metros, Big Class I cities and Other Class I cities, covering almost 72 per cent of India's total urban population.

The country was divided into five zones: North, South, West, East and North East and Central and South Central, and each zone had a mix of cities ranging from approximately 70 to 10 cities.

Distribution of states in 5 zones for rating exercise. Source: MOUD (2010, Rating of Cities)

The survey agencies were selected for five zones that covered all 423 cities. The rating agencies were provided extensive guidance and training on the methodology before the survey operations. The Ministry closely monitored the city surveys and field visits undertaken by the agencies.

Ideally, city authorities regularly collect data for the above outputs, processes and outcomes (see also baseline data collection). But at present, very few cities will have, at best, partial data available. This rating exercise will help in highlighting the need for regular data-collection and monitoring of indicators.

The Government of India (GoI) has laid out clear steps for cities and states on how they must improve sanitation, and the process they must follow before they can apply for the awards. Clearly, there has to be greater involvement, participation, and ownership from states in making their cities and urban spaces healthier and more liveable.

A comprehensive baseline will guide the city sanitation campaign to mobilise stakeholders and raise awareness on 100 per cent sanitation. Based on the baseline, the city will draw up and implement with support from state government and GoI, a comprehensive City Sanitation Plan to reach the goal of becoming a Nirmal Shahar (exemplary city).

The city will implement its city-wide Sanitation Plan to address gaps identified in the baseline and address goals set out in the NUSP, prioritising areas needing urgent attention, and implementing long-term plans.

Cities and urban areas that achieve sanitation outputs and outcomes and have systems and procedures in place to sustain these, will apply to their state governments for verification and nomination for the national award.

The state government is responsible for supporting and supervising its cities to implement above steps. A State-level reward scheme (optional) may be instituted to promote competition among urban areas and launch state-level awareness campaigns to support cities’ efforts (e.g. media campaigns with posters and flyers, radio, video or internet and email).

Step 5: State Recommendation to the Government of India

Based on thorough verification of applicant cities’ claim to the National Nirmal Shahar Award, the state government will recommend cities meeting the reward criteria, annually to the MoUD, GoI.

The MoUD will commission verification missions and independent evaluators or teams to verify cities’ claims.

The National Urban Sanitation Advisory Group, constituted by MoUD, will be responsible for setting out and revising criteria for the Nirmal Shahar Puraskar. This Committee will be the final authority in deciding annual awards to applicant cities.

As the rating in the first year only covers 441 cities, cities which have taken the initiative and have successfully implemented sanitation improvements in the past year will be recognised for their achievements under a special honour category in the coming year. The rating is funded by GoI and will be scaled-up to cover all 5161 urban centres. The rating and rewards scheme will be an annual event, serving as an effective benchmark to monitor progress, and allow for healthy competition and thorough introspection around goals of the NUSP.

This document shows the ranks of all cities in 2010 by the Government of India.

A set of frequently asked questions regarding Rating of cities have been answered for the cities to understand the process of Rating.

Rating of Cities under the National Urban Sanitation Policy

Rating of Cities under the National Urban Sanitation Policy

Press note released on May 2010 by the Government of India regarding City Rankings and Nirmal Shehar Award (exemplary city).

This document shows the ranks of all cities in 2010 by the Government of India.

Terms of Reference for Appointment of a City Sanitation Rating Agency

Terms of Reference for Appointment of a City Sanitation Rating Agency

This document contains the terms and reference to the agencies engaged in the city ranking exercise for 2012 and contains many concrete how-to-do-it instructions.

This presentation is about the National Urban Sanitation Policy of India and especially about the rating of cities: i.e. the methodology and results of the rating in 2010.

This website hosts detailed profile of all 423 cities ranked during the city ranking process of 2010.

The film “Towards Clean Cities: Addressing Sanitation in Urban India” advocates the need for a holistic approach to urban sanitation instead of focusing on fragmented approaches to the sanitation problem in urban areas, an approach which looks at creating open defecation free cities is advocated.

The film “Sustainable Sanitation for Healthy Cities” is about the Sulabh sanitation technologies from Dr. Bindeshwar Pathak, Founder of Sulabh Sanitation and Social Reform Movement. He developed and implemented affordable, eco-friendly and on-site Sulabh sanitation technologies for recycling/safe disposal of human waste. He is an icon who has made a difference in the lives of millions of people.