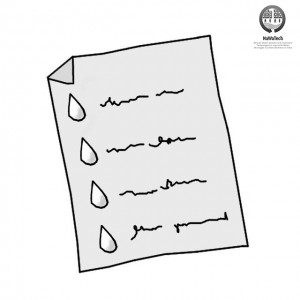 Reducing water consumption and improving water efficiency in buildings is a major step towards sustainable water management. Everyone can contribute towards saving water at home with actions that are simple yet efficient. Installing water efficient fixtures in toilets and kitchens could be the first step. Traditionally, plumbing fixtures in a building would include toilets (cisterns and commodes), faucets, showerheads, urinals etc. apart from the other appliances like washing machines and dishwashers. Over the years, significant technological improvements have taken place aiming at improvement in water efficiency with minimum compromise on performance.

Toilet flushing constitute up to 27% of the sewage. Different categories of low flow toilets are available based on fixture technologies viz. Dual-flush toilets, Interruptible Flush Cistern, High Efficiency Toilets, Pressure Assist Toilets and Power Assist Toilets, which give flushing volumes ranging from 3.8 L – 6 L / flush. Sometimes the design or working principle itself differs viz. composting/urine diversion dehydration toilets (sometimes called Ecosan toilets), which make minimum use of water. The capital investment may relative be higher but the huge savings of flush water and the smaller volume of generated wastewater reduces operation costs significantly. In the O&M aspects regular cleaning, avoiding other objects than faeces or urine being flushed away (STAUFFER 2011). Low flow toilets have low water requirement but they also have disadvantages such as pipe clogging or sometimes may require two or more flushes to adequately clean the bowl.

This type of toilet makes use of air to drive waste through the toilet and vacuum piping to the treatment tank or intermediate collection tank. Two basic designs are available viz. Constant Vacuum System (CVS) and the Vacuum on Demand (VOD) system. The location parameters are important factors in choosing type of toilet system. The capital invest for these toilets are high but in comparison with common flush-toilet system, it could be slightly cheaper, due to less piping costs and on-site treatment system can be more easily installed (STAUFFER 2012). The in-house installations require little maintenance and are easy to clean. The suction effect increases hygiene and reduces odour (HEEB et al. 2007). Periodical cleaning of compostingtank will avoid an overflow. The O&M of the technical components such as valves or pipes should be carried out with the help of external technical support. Advantages include its simplicity to install, low water consumption, odour free and the fact that they are very hygienic. The disadvantages are higher capital investment, higher energy consumption, clogging due to bulky materials and space requirements for connections (STAUFFER 2012).

These urinals make use of a trap or a barrier, which restricts urine from pooling and gathering. It requires less water to clean and is odour free in some cases. Most of the designs are based on the sealant liquid traps, valves, membrane traps and biological blocks. Other types of odour traps viz. hydrostatic float barriers and air enclosing traps are also available. These urinals save anything between 56 m3 to 170m3 of water/urinal/year. In India, the cost of urinals with sealant liquid trap ranges from Rs 6,000 to Rs 15,000. Membrane traps would cost between Rs 100 to Rs 150 and the biological blocks are priced around Rs. 20/block. The O&M of waterless urinals include avoiding spitting and throwing of cigarette butts and chewing gum in the urinal pans, appropriate cleaning mechanism based on the type of waterless urinal. These urinals save freshwater, enhance efficiencies of sewer lines, conserve electricity used for pumping water and treating wastewater and reduce pollution of water bodies, but also have disadvantages such as the difficulty of retrofitting and the expensive costs of sealant liquids. Replacement of cartridges, biological blocks and refilling of sealant liquid increases the maintenance costs. Biological blocks need to be replaced approx. 2-3 days based on the usage and clogging (CHARIAR & SAKTHIVEL n.y.).

Water Tap and Showers with Aerators

The devices such as taps or showers with flow fixtures or aerators help in minimising the use of fresh water and reduce load on wastewater systems. These fixtures provide same effect as conventional flow fixtures, whilst reducing the volume of water flowing through the system. These fixtures are designed at a particular supply pressure for effective water supply. The advancements such as sensors or timers also help in reducing the water wastage. Fixtures such as flow restrictors or aerators are relatively cheap and do not require high maintenance, whilst the sensor or timer based taps or showers would require more investment, but their maintenance is relatively cheaper (AUTOTAPS 2013). In case there is a breakdown of a sensor or a timer, these need to be repaired with appropriate technical support. These accessories have advantages such as higher water savings, but also have disadvantages including higher energy requirement for sensor, timer based taps, showers and the possibility of clogging.

Washing machines are available in different capacities and models viz. top loading, front loading, automatic, etc. The water efficiency differs based on the model and capacity of the machine. Generally, an average washing machine uses 10 L water/kg of cottons at 400C. Tests have shown that water usage varies between models, ranging from 5.5 L of water/kg of cottons to 13.6 L water/kg of cottons (WHICH 2013a). The dishwasher models differ greatly. Studies show that water usage ranges between 21 L for a normal program to just 10 L during its equivalent wash cycle. The studies have shown that full-sized dishwasher set on eco or energy-saving program can save up to 30% of water (WHICH 2013b). The maintenance of cloth washing/dishwashing machines should be undertaken with the help of appropriate technical support. These machines save water, but consume more energy, have space requirements and require higher investments, as compared to traditional washing methods.

The city of Hong Kong started a project in 2009, where all major government buildings were to be retrofitted with devices such as low flow sensor type water taps, low-flow showerheads, dual-flush cisterns, sensor type urinals saving 2 Mm3 of fresh water and 0.8 Mm3 of seawater annually (CLG 2011). During 2009 and 2011, in the cities of Cardiff, London and Edinburgh, under the EU Life+ RENEW project, about 25,000 people were given advices about the water saving devices including water taps, low-flow showers, dual-flush cisterns, washing machines and dishwashing machines. It was observed that after implementation of above strategies about 176,000 m3 of fresh water was saved from homes annually (EST 2013). In the city of Goleta, California the city authorities introduced a water efficiency program that emphasised plumbing retrofits, including high-efficiency toilets and high-efficiency showers, which resulted in a 30% drop in district water use (US-EPA 2002).

Until now, most of the Indian families have been traditional in terms of using water resources for various activities. Water saving devices such as low flow toilets, waterless urinals, vacuum toilets, taps and showers with aerators, flow fixtures and water efficient washing machines or dishwashing machines are relatively new concepts for the Indian market. With the rise of various policies and voluntary schemes including IGBC Green Homes, TERI GRIHA (ADaRSH 2012), Ecohousing, among other, the use of these water saving devices is increasing. Various statistics in India show that more than 800 buildings (IGBC n.y.; ADaRSH 2012) have undergone various green building certifications, which include all or some of the water saving devices are incorporated in their designs and have been implemented.

GRIHA is a rating tool that helps people assesses the performance of their building against certain nationally acceptable benchmarks. It evaluates the environmental performance of a building holistically over its entire life cycle, thereby providing a definitive standard for what constitutes a ‘green building’. The rating system, based on accepted energy and environmental principles, will seek to strike a balance between the established practices and emerging concepts, both national and international.

Comparison of Automatic and Sensor Taps regarding water use.

The Hong Kong Special Administrative Region (HKSAR) Government is implementing Total Water Management (TWM) for the sustainable use of water resources. The TWM programme aims to manage the demand and supply in an integrated, multi-sectoral and sustainable manner. One of the key demand management initiatives of the TWM programme is the promotion of the use of water saving devices. The Government will take a lead to install water-saving devices in its buildings as far as practicable. In this connection, the Water Supplies Department of the HKSAR Government is implementing minor works projects for retrofitting plumbing appurtenance with water saving devices in Government buildings and schools.

This EU Life+ RENEW water and energy project promoted the water-energy links and benefits to householders in the UK and tested how best to communicate this innovative message. Our initial research confirmed that consumer understanding of the impact of water and especially hot water use is low. At the onset of the project, only 8% of householders surveyed in our pilot areas made the link between saving water and saving energy when unprompted, demonstrating the need to raise awareness in this new area. The Energy Saving Trust and Waterwise launched an enhanced water and energy advice service in Cardiff, London and Edinburgh between January 2009 and April 2011. Funded by contributions from the LIFE+ financial instrument of the European Community, Department for Energy and Climate Change and the Scottish Government, these pilots were the first of their kind in Europe.

Water utilities across the United States and elsewhere in North America are saving substantial amounts of water through strategic water-efficiency programs. These savings often translate into capital and operating savings, which allow systems to defer or avoid significant expenditures for water supply facilities and wastewater facilities. These case studies feature the efforts and achievements of 17 water systems. These systems range in size from small to very large, and their efficiency programs incorporate a wide range of techniques for achieving various water management goals. In every case, the results are impressive. The following summary table provides an overview of the case studies, highlighting problems addressed, approaches taken, and results achieved. In general, water conservation programs also produce many environmental benefits, including reduced energy use, reduced wastewater discharges, and protection of aquatic habitats.

Information on the efficiency and water use of washing maschines.

Information on the water efficiency of dishwashers.

Greening My Home: How Do I Reduce My Water Footprint?

Greening My Home: How Do I Reduce My Water Footprint?

Factsheet on how to reduce water consumption and improve water efficiency.