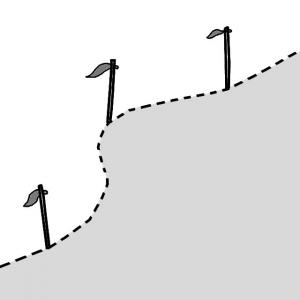 Before a planning process in Sustainable Sanitation and Water Management (SSWM) can be initiated, a planner should be aware of the scope for action of a planned intervention. From a planner’s perspective, it is essential to know the system boundaries, i.e., to know the given context that cannot be changed and the scope for action where the intervention has a significant influence. Once a planner knows these boundaries, one can concentrate on the identified scope of action and can disregard exceeding factors. Depending on the planned initiative, there are several factors influencing this scope of action and possible limitations. In the context of SSWM, first of all physical conditions form boundaries for SSWM and play a decisive role in regarding a problem and its possible ways of solution. Moreover, political conditions like the distribution of administrative districts, the economic situation or social circumstances can affect the scope of a planned project.

Water and sanitation issues are very often looked at on a scale where local actors cannot take any influence. It is therefore very crucial to define the specific system boundaries (at least provisionally) of a planned intervention. If you – as a local stakeholder – want to change something in your water and sanitation system and make it more sustainable, you will have to acknowledge that a large part of the overall water and sanitation system is beyond a given scope. This given context one cannot influence varies largely from case to case.

A single household, for example, might have a very narrow scope for action where it can influence its water and sanitation system and the physical and the political system boundary might be identical with the compound walls of the house. The household can adopt various measures to optimise its water and sanitation system, for example by installing water saving household devices, do composting on household level or reduce water consumption by changing the behaviour of the family members. However, a single household will not have the possibility to influence the water quality of the provided municipal tap water nor will it be able to change national sanitation policies. Larger units, such as organised neighbourhoods, NGOs, schools or municipalities will have a larger scope for action where a larger number of different options to optimise the water and sanitation system might be feasible.

When the following dimensions are being considered and discussed, usually a clear understanding of the “scope for action” can be developed (see picture).

Natural or physical systems, such as watersheds are frequently central in regard to a sanitation and water management system. Hence, it is essential to agree (at least in a first step) on the physical boundaries of the area where an intervention should take place (EAWAG 2005). By limiting the focus on a reasonably small unit, the intervention can be planned more effectively and frustrations of “not having a substantial impact on the system” can be reduced. Boundaries defined in physical terms can be:

A planned intervention will usually affect several political and administrative bodies. The more bodies are affected and involved, the more complex will it be to communicate and interact with them and most importantly to find consensus with all the involved stakeholders (see also stakeholder analysis starting by stakeholder identification factsheet).

One might think and discuss about the following questions:

Social boundaries can be very strong and usually take a very long time to change or overcome. It is therefore very important to analyse and understand the existing social boundaries before implementing a sanitation and water project:

Last but not least, available economic resources form a very strong boundary. Most people would like to have 24h-water supply and a fancy bathroom. However, solutions need to be affordable and adapted to peoples capacity to pay:

Stay up to date about water entrepreneurship!

Only after having an idea of the possible system boundaries, one can consider on which level an intended initiative is reasonable, and whether it concerns only one or certain households, a neighbourhood of a village or a town, the whole village or even a greater range. By knowing the intended scope for action, one can consider and analyse the affected and involved stakeholders. Furthermore, potential conflicts amongst those stakeholders can be predicted and possible solutions compiled. Before designing a project for this particular area, it is of prime importance to bring together representatives from all the involved groups of stakeholder in order to discuss the planned initiative (see also stakeholder identification, stakeholder importance and influence, stakeholder interests or stakeholder strategy plan).

It is worthwhile for every intended initiative to consider (provisional) system boundaries. This will provide you with a good overview on the scope of action you have an influence on, to be aware of possible problems and conflicts and to exclude outlying factors you cannot influence and control.

This guideline for decision-makers has been developed to provide first guidance on how to implement the Bellagio Principles by applying the HCES approach. Assistance is given to those willing to include and test this new approach in their urban environmental sanitation service programmes. Since practical experience with the HCES approach is lacking, this guideline is neither comprehensive nor final, but will have to be developed further on the basis of extensive field experience. Available in English, French and Spanish.

The manual of the OPPS approach provides detailed information about the application of the framework.

This guideline for decision-makers has been developed to provide first guidance on how to implement the Bellagio Principles by applying the HCES approach. Assistance is given to those willing to include and test this new approach in their urban environmental sanitation service programmes. Since practical experience with the HCES approach is lacking, this guideline is neither comprehensive nor final, but will have to be developed further on the basis of extensive field experience. Available in English, French and Spanish.

The manual of the OPPS approach provides detailed information about the application of the framework.