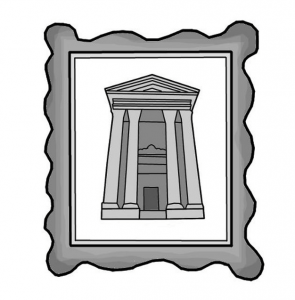 Zambia has made important advances in regulatory and institutional reforms in the water and sanitation sector. It continues to implement national policies, expand financing and cost recovery strategies and increase the institutional capacity of water supply and sanitation (WSS) service providers. The water sector in Zambia is primarily under the responsibility of two ministries: The Ministry of Energy and Water Development (through the Department of Water Affairs, Water Board and National Water Supply and Sanitation Council) is responsible for the overall water resources management (planning, regulation and development). The Ministry of Local Government and Housing (through the local authorities and commercial utilities) is responsible for water supply and sanitation delivery services. These ministries play a key role in ensuring the sustainable development and management of water supply and sanitation delivery for urban, peri-urban and rural areas.

Local Authorities are responsible for the actual implementation and monitoring (see also ensuring sustainability Africa) of water supply, sanitation and hygiene promotion, particularly in rural areas (see also the relationship between water and sanitation and health). The Ministry of Health (MoH) is responsible for the planning (see also programming and planning frameworks Africa), coordination and monitoring of hygiene promotion at community level. The Ministry of Community Development and Social Services (MCDSS) provides support to its district and sub-district level staff to participate in the planning, implementation and monitoring of water supply, sanitation and hygiene promotion activities. Non-governmental organisations (NGOs) play a key role in provision of RWSS and several NGOs have considerable experience from implementing community-based RWSS projects. The private sector (see also SSWM business development Africa) is also active within both rural and urban water supply and sanitation.

In 2005, the Government of Zambia (GoZ) initiated the Fifth National Development Plan (FNDP) under the Ministry of Finance and National Planning (MoFNP). All proposed programmes in the draft IWRM (see also integrated water resources management) plan were incorporated in the FNDP through the Water Sector Advisory Group. A high level workshop was held in 2007, consisting of directors of water related government ministries, their heads of planning in all the provinces and MoFNP officials. An outcome of this meeting was the re-naming of the IWRM plan to the IWRM implementation plan to implement the Water and Sanitation Chapter of the FNDP, including all water related programmes in other sectors of the FNDP.

Categories of Institutions Involved in Water and Sanitation

There are a number of institutions broadly and directly involved in water and sanitation activities in Zambia, which can be categorised into eight. Their nature of involvement ranges from policy/legal formulation and implementation to service provision and consumption. These eight categories are:

Government ministries and departments have played various roles in both the water supply as well as water resources sub-sectors. Sector reforms that began on the water supply and sanitation sub-sector have established very clear institutional structures from the national/central level to the local government level.

The Local Authorities (LA) are, by the Water Supply and Sanitation Act 1997 (see also policies and legal framework Zambia), obliged to provide water supply and sanitation services to the areas under their jurisdiction. The institutional arrangements in peri-urban areas for management of WSS are done by the Residents Development Committees (RDCs), which form Community Based Organisations (CBO) such as a water management schemes or committees. The Village WASHE Committees (V-WASHE) in rural areas is an inter-sectorial approach where the government co-ordinates the planning and implementation of water projects together with other stakeholders through committees known as D-(District) WASHE. In this approach the communities at the user level are fully involved in the planning, implementation and eventual operation and maintenance of the water facility through the V-WASHE Committee.

Regulatory institutions in the water sector are statutory bodies established by acts of parliament. They are sector specific and their roles are defined in their respective establishing legislation.

The mandate of commercial utilities (CUs) is to provide efficient and sustainable supply of water and sanitation services under the general regulation of NWASCO. There are currently nine established CUs throughout Zambia.

Academic and research institutions’ participation is mainly in the area of training personnel and in doing various research and thus contributing to the much needed awareness campaigns and knowledge in the subject of water resource management, sanitation applications, etc. (see also invalid link).

Bilateral and multilateral institutions have been the main financiers of water, sanitation and hygiene infrastructure and service programmes in Zambia for over a decade. They have provided over 90% of the total costs of all major programmes of the past decade through direct finance and technical assistance (see also financing, particularly public private partnerships).

There are a number of NGOs involved in both the water supply, sanitation and hygiene provision services and/or financial and human resources.The role of NGOs has also extended to mainstreaming gender roles in community water and sanitation projects (see also water and gender). CBOs (such as RDCs) co-operate in the promotion of community-based management of water supply, sanitation and hygiene schemes.

THe Water Supply and Sanitation Regulator

THe Water Supply and Sanitation Regulator

This act outlines some of the statutes that resulted in the formation of regulating bodies such as the Zambian National Water Supply & Sanitation Council (NWASCO) and the Devolution Trust Fund.

This document gives a summary of the functions of different governmental institution in the Zambian water and sanitation sector.

This document contains details of the capacity availability and capacity needs of different institutions in the Zambian water and sanitation sector. A study was carried out by local and international partners, which results are presented.

This document gives a summary of key actors and relevant institutions in the Zambian water and sanitation sector (both public and private).

This report outlines the evolution of the water and sanitation sector and gives some practical examples of their functions in present day Zambia.

Towards a Common Goal

Towards a Common Goal

This report gives an inside view of the institutional challenges faced by the Zambian water and sanitation sector.

The National Water Supply and Sanitation Council (NWASCO) regulates water providers for efficiency and sustainability of water supply and sanitation service provision. A critical function of NWASCO is the developing of sector guidelines and disseminating information to consumers. The annual sector report is one such information dissemination channel.

This is the website of the Ministry of Energy and Water Development and provides critical links to other private and public institutes, arms of the government and related legislation concerning governing, water, sanitation and in some instances also hygiene.